NASA Funds $14.1m Nokia Plan To Put A 4G Network On The Moon 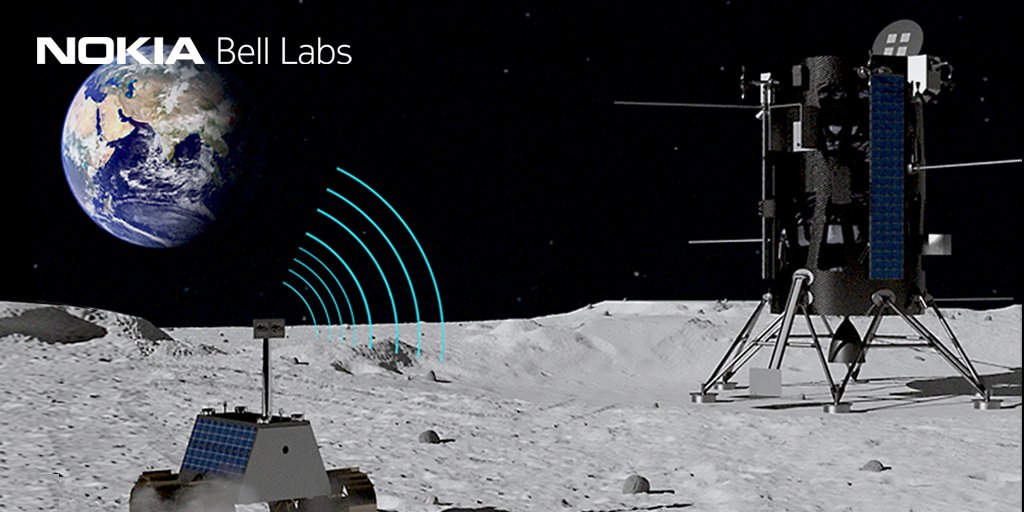 Nokia of America proposed to deploy the first LTE/4G communications system in space, and NASA granted them a contract. The system could increase distances and speeds of lunar surface communications and provide more reliability than the technology currently used. Bell Labs, Nokia’s innovation arm, says it will upgrade the system to the latest 5G technology down the line.

Having cellular service on the Moon could support communication between lunar landers, rovers, habitats, and astronauts. The system would also extend to spacecraft. With NASA funding, Nokia will look at how terrestrial technology could be modified for the lunar environment to support reliable, high-rate communications.

Cellular data capabilities on the Moon will help with better controlling lunar rovers, real-time navigation over lunar geography, as well as streaming high-definition video. The mission-critical LTE network we have developed has been specially designed to withstand the extreme temperature, radiation and vacuum conditions of space, as well as the sizable vibrational impact during launch and landing on the lunar surface.

The project will support the space agency’s goal of having a lunar base by 2028. It’s on a mission to develop new technologies for working and living in space so it can realize its goal.

We want to build the [lunar] infrastructure…that is going to enable an international partnership for the biggest, broadest, most diverse inclusive coalition of researchers and explorers in the history of humankind.

The Nokia grant was part of the agency’s “Tipping Point” program – which signed $370 million in new contracts for lunar surface technologies to improve space exploration. A majority of the funding went to companies like United Launch Alliance and SpaceX to perfect a method of making and handling rocket propellant in space.

NASA’s significant investment in innovative technology demonstrations, led by small and large U.S. businesses across nine states, will expand what is possible in space and on the lunar surface. Together, NASA and industry are building up an array of mission-ready capabilities to support a sustainable presence on the Moon and future human missions to Mars.

A couple of other technologies awarded a contract include a “hopping robot” by Intuitive Machines that could launch and carry small payloads between lunar sites and a small laboratory by Alpha Space to study how radiation and extreme temperatures affect electronics and materials.

The post NASA Funds $14.1m Nokia Plan To Put A 4G Network On The Moon appeared first on Intelligent Living.