Behind The Shot: Everything Is Karate 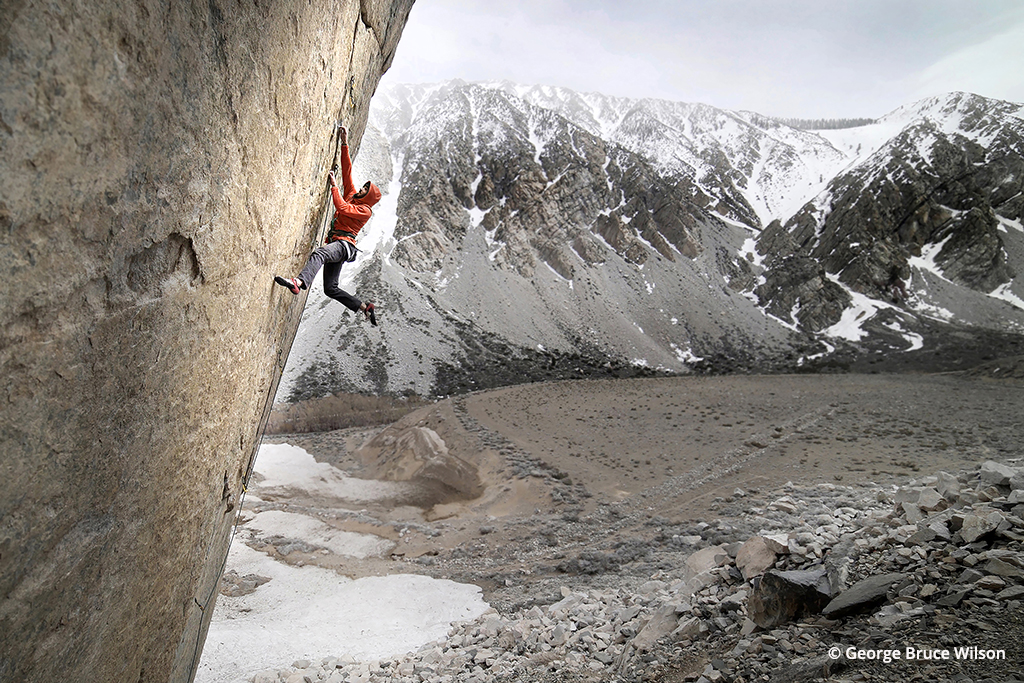 The howling wind burned my skin. How could it be this cold this time of year in California? My team and I had just finished hauling our film equipment up a steep talus field to get a better angle of the climb we’d be shooting. The clouds passed overhead quickly, painting the canyon with shadows and highlights. We were on assignment shooting for a client of mine, Mad Rock. One of its athletes, Ethan Pringle, a California climber who has a proven track record of some of the world’s most difficult climbs, was attempting to be the first to do what would be one of the hardest granite sport climbs in the country, and it was my job to tell that story via motion and stills.

The Eastern Sierra is known amongst rock climbers as being one of the most iconic areas to climb. The history of rock climbing has deep roots here, and to be able to add your name to that in any way is an honor. We were in Pine Creek Canyon near the town of Bishop, California. Ethan would be trying a line his friend Patrick O’Donnell had bolted, but the route was too difficult for Pat, so the line remained unclimbed. Ethan had tried the route a year or so previous to this trip and was close to being able to “send the route” and thought that this could be the time. Going into this scenario has some pressure to it, for both Ethan and my team. All you can do is prepare.

I had been shooting climbing for some years at this point and had an idea of how I wanted to shoot the climb, but a lot of that would depend upon being there in person. You can only prepare so much beforehand, and we didn’t have the chance to scout the location. From outside the canyon, it’s hard to tell how epic the landscapes and features are going to be, but as you drive up the steep road, it feels like you’re transported to a different part of the world. The rugged peaks and couloirs make you feel like you’re high up in the alpine somewhere in Pakistan or the Himalaya.

This year, the snowfall had been high, and the temperatures and climate reflected that. It was windy and cold. We’d go through random isolated rain and snowstorms; the elements were there to create a good image. I like to say 70 percent of success is putting yourself in the right spot to make the right content. We were there, and everything was coming together.

Directing video and creating stills at the same time is a challenge but quite necessary these days. Once the crew was in position, Ethan began to climb and relearn the route’s moves. I found what I thought the best position would be to capture the elements I wanted in the image, to show the feeling of how epic this place was. I wanted the weather, the light and the effort Ethan was putting in all to be represented in the image. OP

The post Behind The Shot: Everything Is Karate appeared first on Outdoor Photographer.

Photo Of The Day By Brynn Schmidt

Photo Of The Day By Paul Kolenda

Photo Of The Day By msimpson72