Final Debate Prep: What To Watch For, “Mute Button” Prediction 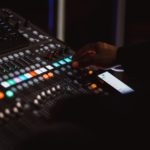 President Donald Trump and Democratic challenger Joe Biden will have their final debate on Thursday, to be broadcast from Nashville, Tennessee, with NBC News hosting and moderating the production that will include a new “mute button” feature.

The debate topics selected are as follows, along with our brief commentary on what to watch for during each: About That “Mute Button”

The new twist for this debate will be the introduction of a mute button that will be deployed during the opening statements by each candidate on the debate topics. The aim is to have Trump and Biden’s microphone ‘cut off’ while the other candidate provides their initial answer on the topic question.

Despite all the pumped up hype over the new mute button for the final debate format — that it will somehow leave Trump hamstrung and remove his “go-to debate move” of interrupting (CNN actually reported that) — in reality it can potentially hurt Trump and help Biden but for completely other reasons on Thursday’s debate stage.

Since this will be a new feature introduced into the live production, you can bet it will inevitably be either prone to error or misused by either the moderator, Welker, or the producers at NBC News.

It’s still not clear exactly how the feature will be deployed and who will have access to it throughout the debate. That appears to be by design.

For these reasons, we do predict there will likely be at least one instance of the mute button being pushed during one of the candidate’s so-called ‘uninterrupted’ time or even during their ‘open’ rebuttals.

Look for Trump’s mic to get cut ‘accidentally’ during one of his rants, possibly while accusing Biden of corruption with Ukraine and/or China if the network deems it to be unacceptable and decides to dump it.

During Biden’s speaking time, look for a ‘gliche’ in the system that occurs when Joe loses his train of thought and begins to drift into a nonsensical tangent that would reflect badly on him in front of a live, national audience.

It’s all a stage managed event, in the end — not a real debate. Remember that. A new mute button is just another level of control. Watch carefully and don’t be fooled.

If it happens…it’s a feature, not a bug.