A Race Car That Can Speed In The Streets, Then Take Off Into The Sky! 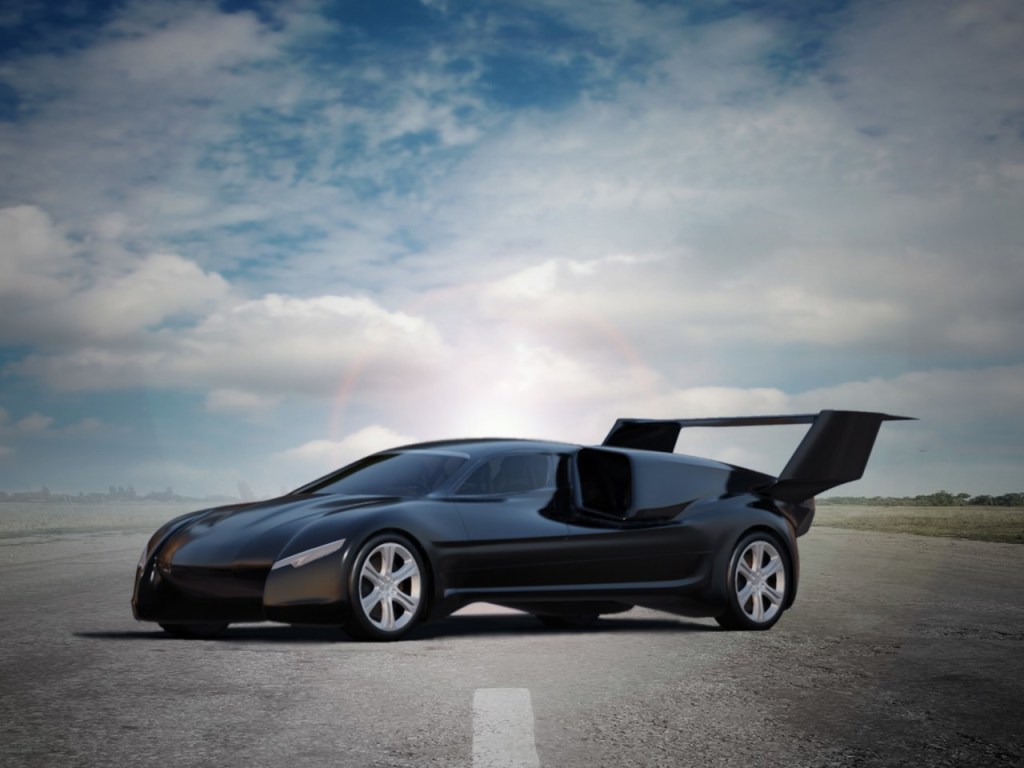 VTOL’s are commonly referred to as flying cars. However, most designs aren’t even driven on land and are essentially just low-speed, short-range helicopter replacements. But not Greg Brown’s twin-jet flying hypercar! His Firenze Lanciare, as it is called, could smoke a Lamborghini on the road, then drive onto a runway, extend its wings, and take off into the sky! Plus, it has a range of up to 850 miles, so you can go places – not just skip a few blocks of traffic.

The Firenze Lanciare is the vehicle for the real adrenaline junkie. It cruises at over 500mph, can perform cornering maneuvers at loadings of 5G, and do full barrel rolls like a fighter jet. It has extended shocks like the ones used in trophy trucks so it can land smoothly without flaring. The chassis and suspension setup was inspired by extreme-off-road racing vehicles.

Brown told New Atlas over the phone from California:

I’m looking for a structure that you won’t have to flare to land. It takes a lot of skill to land an aircraft softly, but there have been a hundred airplanes made to land on aircraft carriers that you didn’t have to land softly; you can pound ’em on. Being an ex-carrier jet pilot myself, I know how easy it is when you don’t have to flare to land. Just point at the runway and hit it. And that completely reduces your requirement to be a great pilot.

It’s a very long car, about the size of a limousine. Its wings are hidden away when in hypercar mode, then extend out with the push of a button for flight mode. The pressurized cabin offers a luxurious sportscar-style seating layout, and it’s sound-insulated for optimum comfort.

There will be two separate control schemes – one for drive mode and one for flight mode. Meaning, when on the road, you’ll have a regular steering wheel, brake, and gas pedals; when in the air, you’ll use rudder pedals (off to the side) and a central jet fighter-style stick in the center console, and a throttle mounted in the door.

Behind the cabin, you’ll find a 300-gallon fuel tank with a pair of enormous air intakes, which feeds a pair of Williams FJ-33 (or similar) compact jet turbine engines. Together they’ll produce around 4,000 pounds of thrust.

So, you use all this electric torque, plus jet engines, and you’ve got yourself a next-generation thrill. You can take off in a crazy-short distance, proper neck-snapping acceleration. Then you’ve got jet engines and wings, so instead of having a 300 mph top speed that you just barely tag and then you have to stop again, even in the best places in this world, you can accelerate up to 500 mph every time you get airborne, climb up to 10,000 feet and boom. Get to your destination super-fast.

The Firenze Lanciare is yet to be made, but Brown estimates one would cost between five and seven million dollars. However, he still has to build a prototype, so a production car is likely a long way off. Plus, to get it FAA certified and tested and approved for road use could cost up to US$2 billion. Nevertheless, Brown is not deterred!

Once you’ve got a prototype built, you can get an uncertified version, and if a company wanted, they could use it for their transportation, but you couldn’t use it for hire. It would still have all the safety you’d expect on an airplane; twin-turbine reliability and redundancy, the crazy capacity to climb, all that kind of stuff.

I don’t want to get into the business of production. I want to test the market for interest, find the people that want them, get the names, and after we’ve learned the lessons of the first ten built, we’d want to sell it to Embraer, Learjet, Cessna, the corporate jet makers that have all the engineering, the facilities to make it into a viable, safe product and get it done. It’s a difficult task for a startup company to go from nothing to full production on something like this.

It doesn’t seem like an unrealistic scenario that Brown will find his ten buyers. A flying jet car is a fitting jewel for any wealthy person’s vehicle collection!

The post A Race Car That Can Speed In The Streets, Then Take Off Into The Sky! appeared first on Intelligent Living.